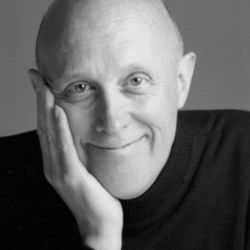 Judge Smith (born 1948) co-founded the influential rock band Van Der Graaf Generator in 1967 with singer-songwriter Peter Hammill, and since then has been involved in numerous musical projects as writer, composer or performer.

During the 1970s and 1980s he wrote several stage musicals in collaboration with composer Max Hutchinson. The Kibbo Kift was produced at the Traverse Theatre for the Edinburgh Festival of 1976 and at the Crucible Theatre, Sheffield the following year. The Ascent of Wilberforce III was at the Hammersmith in 1982. Later the same year the Lyric also produced Mata Hari, a music-theatre piece he co-wrote with, and which starred, singer Lene Lovich.As a librettist, his works include the libretto for classical composer Joseph Horovitz's oratorio Samson, premièred in a radio broadcast from the Royal Albert Hall in 1977, and Michael Brand's cantata Pioneer 10 (1992). Following a twenty year collaboration with composer Peter Hammill, their opera The Fall of the House of Usher was finally completed in 1992 and released on CD by Some Bizarre Records.His own Requiem Mass for rock band, choir and brass was published in 1975 and still awaits its first full performance but his chamber opera the Book of Hours was directed by Mel Smith at the Young Vic Theatre, London in 1978. His short film The Brass Band, which he wrote and directed in 1974, has won several international awards.His songs have been recorded by Peter Hammill and Lene Lovich and featured on the early 1980s TV comedy show Not the Nine O'clock News. A collection of his own early recordings Democrazy, was released by Oedipus Records in 1991, and a CD of new songs, Dome of Discovery, is currently available on the same label. His project Curly's Airships, a large-scale work of words and music about the R101 airship disaster of 1930, was begun in 1994.