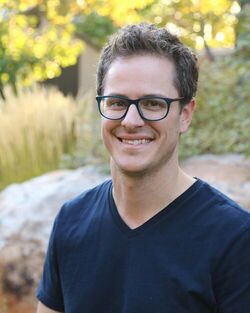 Jude Vaclavik is an American composer.

A native of Houston, Texas, Dr. Vaclavik holds a Doctor of Musical Arts in Music Composition from The Juilliard School where he also earned his bachelor’s and master’s degrees, studying with Christopher Rouse and John Corigliano.

Dr. Vaclavik is known for creating dynamic and kinetic works. His music has been commissioned by the New York Philharmonic, Lubbock Symphony Orchestra, New York Youth Symphony, New York City Ballet’s Choreographic Institute, New Juilliard Ensemble, and numerous universities and conservatories such as the Eastman School of Music, New England Conservatory, University of Michigan, University of North Texas, University of Southern California, among others. His works have been performed by leading artists at major venues across the United States including Carnegie Hall, Lincoln Center, and the Metropolitan Museum of Art, and have been recognized by the American Academy of Arts and Letters and ASCAP.

Parallel to his composing, Vaclavik served as the director of U.S. Publishing and Promotion at G. Ricordi & Co., New York, and began his publishing career at Boosey & Hawkes as the director of promotion. Vaclavik has also held administrative positions at The Juilliard School, Juilliard’s Evening Division and Utah State University.