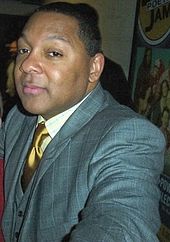 Several years before Wynton Marsalis wrote his Pulitzer Prize winning Blood on the Fields, he was commissioned by the New York City Ballet to write the scores for two original ballets, Jump Start-The Mastery of Melancholy and Jazz: 6 1/2 Syncopated Movements. These two works were choreographed by Peter Martins and Twyla Tharp, respectively, and their performances met with considerable critical acclaim.