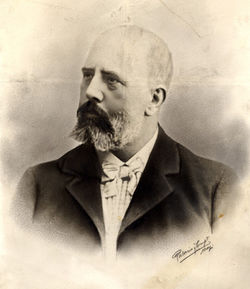 Cantó Francés began his musical training with his father, the musician Francisco Cantó. In 1876 he moved to Madrid to study with Emilio Arrieta at the National School of Music, where he won the first prizes for harmony , composition and piano . Later, he became a professor of harmony of the same Conservatory, a position where he continued until his death. Two of his disciples were Basque pianist and composer Francisco Cotarelo Romanos,and composer and conductor Bartolomé Pérez Casas, future professor of harmony at the Conservatory.

He was considered the author of the paso doble Mahomet, which is considered the oldest work composed for the parades of Moors and Christians. He composed symphonic and religious music: a symphonic poem, various masses, and other works for piano and band. He also co-authored a method of solfeggio in Madrid in 1897.