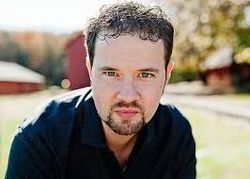 Joshua Hummel is an American composer.

Born in the foothills of the Appalachian Mountains, Josh Hummel began his music studies at the age of 6. He studied piano, theory, and composition at Bob Jones University. (Bachelor of Music degree, 2002, Master of Arts degree, 2006). He also earned a Master of Music degree in composition at the Hartt School of Music. His music has earned a number of top awards, including nine choral awards, the Frederick Fennell Prize and the Leonard Bernstein Award. The music has been performed by some of the nation’s top college bands.