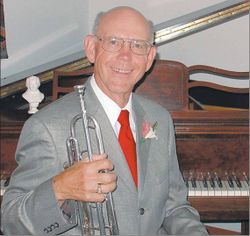 Pekas received his master's degree in music at the University of South Dakota in Vermillion, and after teaching for two years in the Tripp School District, he moved to Mitchell, South Dakota. He was then a music educator at Mitchell High School for more than 30 years and performed with the South Dakota National Guard Band for 43 years.

Pekas has been the Mitchell Municipal Band director since 1966. He also composes and arranges music, and much of his music has been published and made available to bands and choirs around the world. He plays almost all instruments, but most notably the guitar, trumpet and piano.

Joseph Pekas was inducted into the South Dakota Music Hall of Fame in 2010.