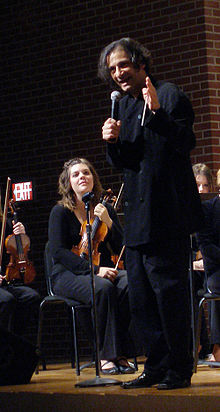 Joseph Curiale (b. 1 July 1955, Bridgeport, Conn.) is an American composer and conductor.

Curiale has also composed separate pieces, most notably Wind River which was commissioned by the University of Wyoming Symphony Orchestra in commemoration of the new millennium. He also composed the piece Blue Windows written for trumpet and orchestra, and originally performed by Doc Severinsen.

Curiale has guest conducted his work with the Hollywood, Milwaukee, Phoenix, London and Royal Philharmonic orchestras among several others. Many of his compositions incorporate Japanese themes and traditional Japanese instruments, as well as American movie themes including those of film noir and more recent periods.