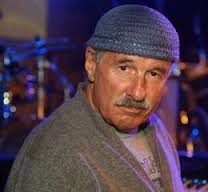 Classically trained at the Konservatorium Wien, Zawinul played in various broadcasting and studio bands before emigrating to the U.S. in 1959 on a music scholarship at Berklee School of Music in Boston.

He went on to play with trumpeter Maynard Ferguson, where he first met Wayne Shorter after having had an influence in hiring him. Zawinul then toured and recorded with singer Dinah Washington from 1959 to 1961.

First coming to prominence with saxophonist Cannonball Adderley, Zawinul went on to play with trumpeter Miles Davis, and to become one of the creators of jazz fusion, an innovative musical genre that combined jazz with elements of rock and world music. Later, he co-founded the groups Weather Report and the Zawinul Syndicate. He pioneered the use of electric piano and synthesizer, and was named "Best Electric Keyboardist" twenty-eight times by the readers of Down Beat magazine.

Zawinul's playing style was often dominated by quirky melodic improvisations – traversing bebop, ethnic and pop styles – combined with sparse but rhythmic playing of big-band sounding chords or bass lines. In Weather Report, he often employed a vocoder as well as pre-recorded sounds played (i.e. filtered and transposed) through a synthesizer, a method or technique called sampling, creating a very distinctive synthesis of jazz harmonies and "noise" ("using all the sounds the world generates").