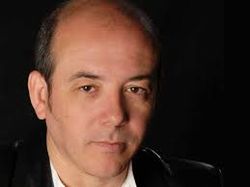 He has participated in music festivals in Barcelona, Santander, Nimes, Luxembourg Maastricht, Ludwigshafen, Innsbruck, Paris, Edinburgh, London, Tokyo, and Hamamatsu. Suñer-Oriola has been a member for opposition of the Municipal Band of San Sebastián, Conservatory of San Sebastian, Bilbao Symphony Orchestra, and Symphony Orchestra of the Gran Teatre del Liceu in Barcelona. He is currently professor of the Municipal Band of Valencia and director of the Musical Society of Albuixech Eslava.

His works have premiered in Europe, America, Australia and Japan. Suñer-Oriola is a member of COSICOVA, SGAE, and WASBE. In 2006, he was invited by the Tokyo Kosei Wind Orchestra and was awarded the "Special Prize Frederick Fennell," which is the first prize in the composition category for the Tokyo Kosei Wind Orchestra. He was also awarded the SACEM prize (Society Authors, Composers and Publishers of Music in France), which is the third prize for Coups de Vents 2008 in Lille, France.