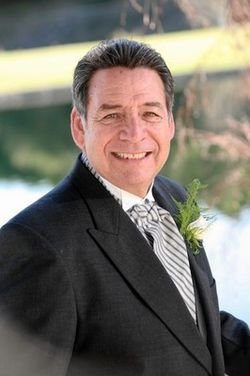 Jorge E. Garcia is an American arranger and educator.

Dr. Garcia has been involved in music education since 1969. In 2008, he received his DMA from the University of Southern California/Canyon College in Music Education with a specialization in Lifelong Learning.

He has taught music on all levels from kindergarten to college in four nations: the United States, Canada, the Republic of China, and the Republic of the Philippines. He has conducted several honor groups including the Memorial Orchestra for President Chiang Kai-Shek, the Sino-American Honor Band, and the Taiwan Youth Symphony Orchestra. This tuba player has toured Europe with the School Band of America and won several solo competitions in both California and Germany.

He is President-Emeritus and founder of the American Drum Line Association, a member of the American Guild of Handbell Ringers, and the National Consortium of Life Long Learning. A noted lecturer and presenter on Music and Lifelong Learning, he has given presentations in several different countries including symposia in Australia, Taiwan, and Hungary.

His current activities include the assistant conductor of the Pomona (Calif.) Concert Band and founder and musical director of the Faith Music Camp, Davao, Republic of the Philippines.