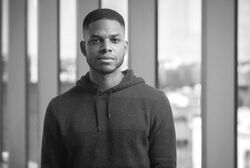 Over the last decade, Mr. Bingham has been recognized for his use of electronic and acoustic instrumentation. He’s composed music for film, advertisements, and has received commissions to write for numerous ensembles. He received the Vincent C. LaGuardia Award in composition leading to a residency with the Arapahoe Philharmonic in 2016. Over the following several years, he premiered five orchestral works and obtained a subsequent residency with the Boulder Symphony.

Bingham has been composer in residence with the Arapahoe Philharmonic and Boulder Symphony, received commissions from ensembles including the Chicago Philharmonic and Carpe Diem String Quartet, and scored more than a dozen film productions. He has lectured at Fayetteville State University and the Jacobs School of Music at Indiana University. His most recent project is Cool Story Records, which records and publishes lesser-known music