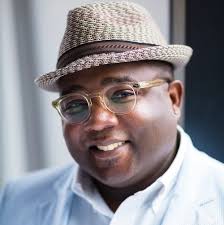 Jonathan Bailey Holland (b. 1974, Flint, Mich.) is an American composer and educator.

Dr. Bailey began studying composition while a student at the Interlochen Arts Academy, where he received a school-wide award for his very first composition. Upon graduation from Interlochen, he continued his composition studies with Ned Rorem at the Curtis Institute of Music, where he received a Bachelor of Music degree. He went on to receive a Ph.D. in Music from Harvard University, where his primary teachers were Bernard Rands and Mario Davidovsky. He has also studied with Andrew Imbrie, Yehudi Wyner, Robert Saxton and Robert Sirota.

Holland draws inspiration from classical, jazz, hip-hop, and other musical genres, as well as from visual art, architecture, poetry, dramatic works, and contemporary events. An advocate for music education, Jonathan has written several works for educational concerts, and has given lectures and presentations at over 50 institutions. His composition It's About Time, which introduces the audience to the idea of musical meter, was commissioned by the Philadelphia Orchestra.

A recipient of a 2015 Fromm Foundation Commission, Jonathan is a two-time winner of the Indianapolis Symphony's Marian K. Glick Young Composer's Showcase. He has received the Charles Ives Scholarship from the American Academy of Arts and Letters, and was a two-time finalist for an Artist Grant from the Massachusetts Cultural Council. He has received several Composer Assistance Grants from the American Music Center, as well as other awards from ASCAP, the Presser Foundation, Boston Conservatory, Austin Peay State University, and Harvard University. His composition Visit to St. Elizabeth's was awarded first prize in the treble division of the Roger Wagner Contemporary Choral Composition Competition.

Currently, Dr. Holland is chair of composition, theory and history at Boston Conservatory at Berklee, and faculty chair of the Music Composition Low Residency MFA at Vermont College of Fine Arts. Previously he served as professor of composition at the Berklee College of Music.