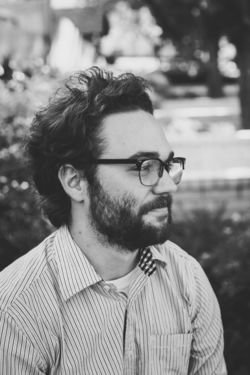 Mr. Gallagher master's in composition from the San Francisco Conservatory of Music. He has studied with Mason Bates, Robert Denham, Alex Lu, and Mike Watts. His Bachelor of Music degree is from Biola University.

Receiving both national and international recognition, his music has been performed in domestically in Detroit, Los Angeles, Oakland, San Francisco, Miami, and Chicago, as well as internationally in Seoul, South Korea and Vienna, Austria. Most recently the Oakland Symphony, under the direction of Michael Morgan, premiered his piece for string orchestra, Vocare.

His music has received several awards including the runner-up in the Frank Robert Abell award for his string quartet Wandering Companionless: Pale for Weariness and winner of the “Other Competition” at the Frost School of Music for the same piece. Gallagher’s music creates a musical narrative, communicating beauty and humanity in each piece.