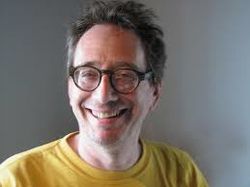 Zorn learned piano, guitar and flute as a child. He attended the United Nations International School from kindergarten to high school associating with school friends from many different cultures. He spent his teenage years exploring classical music, film music, and, "listening to The Doors and playing bass in a surf band." He also acquired an interest in experimental and avant-garde music after buying a record by Mauricio Kagel in 1968 at the age of fifteen. He taught himself orchestration and counterpoint by transcribing scores and studied composition under Leonardo Balada.

Zorn started playing the saxophone after discovering Anthony Braxton's album For Alto when he was studying composition at Webster College in St. Louis, Missouri, where he attended classes taught by Oliver Lake. While still at Webster, he incorporated elements of free jazz, avant-garde and experimental music, film scores, performance art and the cartoon scores of Carl Stalling into his first recordings which were later released as First Recordings 1973 (1995).

Zorn dropped out of college and, following a stint on the West Coast, moved to Manhattan where he gave concerts in his apartment and other small venues, playing saxophone and a variety of reeds, duck calls, tapes, and other instruments. Zorn immersed himself in the underground art scene, and founded a performance art project called the Theatre of Musical Optics in 1975.

Zorn established himself within the New York City downtown music movement in the mid-1970s, performing with musicians across the sonic spectrum and developing experimental methods of composing new music. After releasing albums on several independent labels, Zorn signed with Elektra Nonesuch and received wide acclaim with the release of The Big Gundown, an album reworking the compositions of Ennio Morricone. He attracted further attention worldwide with the release of Spillane in 1987 and Naked City in 1990.

He established his own record label, Tzadik, in the mid-1990s. Tzadik enabled Zorn to maintain independence from the mainstream music industry and ensured the continued availability of his growing catalog of recordings. Zorn has led the hardcore bands Naked City and Painkiller, the Jewish music-inspired jazz quartet Masada, composed 613 pieces as part of the three Masada songbooks that have been performed by an array of groups, composed concert music for classical ensembles and orchestras, and produced music for opera, sound installations, film and documentary.