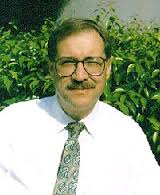 Swain grew up in Tyndall, S.D., and graduated from the University of South Dakota in 1972 with a BFA in Music. In 1972, he was commissioned a lieutenant in the Army and served in Ft. Knox, KY, for two years. In 1977, he completed a MM at the University of South Dakota and a Ph.D. in Music at Michigan State University, Lansing, MI, in 1986. Swain taught music for 27 years, starting in public schools in South Dakota, and at Olivet College, in Michigan where he served as director of bands and later as chair of the Department of Performing Arts. During the 1998-99 academic year, he served as a high school instrumental music teacher in Eden Prairie, MN.

Swain has performed as a professional musician both as a low brass specialist and as a singer. He performed with the Los Angeles Gregorian Schola, the Pasadena Pro Musica and as a freelance instrumentalist, having performed with ensembles such as the California Brass Ensemble and Rising Winds Chamber Ensemble. He was the founding conductor of the Golden State British Brass Band and has served as guest conductor of a variety of instrumental ensembles in Southern California and elsewhere. He served regularly as an adjudicator and clinician for band, orchestra and choral festivals. His published texts include The Brass Instruments: A Reference Manual. He was also a composer/arranger of works for band, brass band, orchestra and small ensembles.