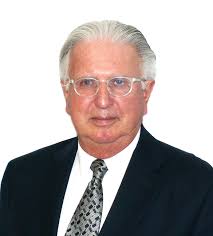 O'Reilly demonstrated a gift for musical composition at an early age, writing music for band and wind chamber groups. He attended the Crane School of Music at the State Teachers College of New York at Potsdam, earning a Bachelor of Science degree. Later, he was awarded a Master of Arts degree in composition and theory from Columbia University. Among his teachers were Robert Washburn, Arthur Frackenpohl, Donald Hunsberger, and Charles Walton.

O'Reilly's years of teaching experience (five at the elementary level, five at the junior-senior high school level, and two at the college level) provided insights which have shaped his compositional style in creating music for school bands. He has received numerous ASCAP awards. He is co-author of Accent on Achievement, the Yamaha Band Student and Strictly Strings and has made a major impact on concert band and strings music education.