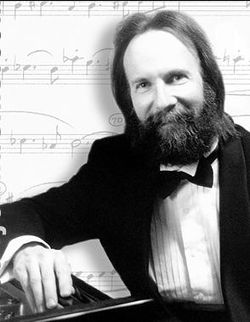 Heins has taught at Rocky Mountain College in Billings, Mt.; and he served as composer, arranger, pianist and clarinetist in the U.S. Air Force Band of the Pacific Northwest.

Heins's compositional output includes works for symphonic band and orchestra, as well as numerous solo piano works, chamber music, and concertos. His Neo-romantic compositions have garnered considerable praise over the past three decades. His compositions have been performed throughout the United States and Europe. In Canada, his Trio for Piano, Oboe and Bassoon was featured at the International Double-Reed Convention. In 1992, the Sinfonisches Blasorchester Bern featured his Overture for Band on their European Tour. Also in 2000, the Aulos Blasorchester performed and recorded the overture in Switzerland. One of his latest commissions, Concerto for Alto Saxophone and Wind Ensemble, was premiered in 2003 in Washington D.C. In 2004, the Metropolitan Wind Symphony in Boston premiered another commission, Second Essay. The Enchanted Mesa for Native American Flute and String Orchestra was premiered in 2008 by the Northwestern University Chamber Orchestra and James Pellerite, former principal flutist with the Philadelphia Orchestra.

Heins was selected to be a judge for the 2012 Inter-American Music Awards Competition and was commissioned to compose a piece, Rhapsody for Piano and String Quartet which was premiered at the 2012 S.A.I. national convention in Atlanta.