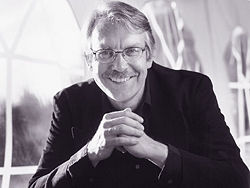 Harbison did his undergraduate work at Harvard University and earned an MFA from Princeton University. Following completion of a junior fellowship at Harvard, Harbison joined the faculty at the Massachusetts Institute of Technology where, in 1984, he was named Class of 1949 Professor of Music; in 1994, Killian Award Lecturer in recognition of "extraordinary professional accomplishments;" and in 1995 he was named Institute Professor, the highest academic distinction MIT offers to resident faculty. He has also taught at CalArts and Boston University, and in 1991 he was the Mary Biddle Duke Lecturer in Music at Duke University. Furthering the work of younger composers is one of Harbison's prime interests, and he serves as president of the Aaron Copland Fund for Music.

John Harbison is one of America's most distinguished artistic figures. Among his principal works are four string quartets, five symphonies, the cantata The Flight into Egypt, which earned him a Pulitzer Prize in 1987, and three operas, including The Great Gatsby, commissioned by The Metropolitan Opera and premiered to great acclaim in December 1999.

Harbison's music is distinguished by its exceptional resourcefulness and expressive range. He has written for every conceivable type of concert performance, ranging from the grandest to the most intimate, pieces that embrace jazz along with the pre-classical forms. He is considered to be "original, varied, and absorbing - relatively easy for audiences to grasp and yet formal and complex enough to hold our interest through repeated hearings - his style boasts both lucidity and logic" (Fanfare). Harbison is also a gifted commentator on the art and craft of composition and was recognized in his student years as an outstanding poet (he wrote his own libretto for Gatsby). Today, he continues to convey, through the spoken word, the multiple meanings of contemporary composition.

As a conductor, Harbison has led a number of leading orchestras and chamber groups. From 1990 to 1992 he was Creative Chair with the St. Paul Chamber Orchestra, conducting music from Monteverdi to the present. In 1991, at the Ojai Festival, he led the Scottish Chamber Orchestra. Former music director of the Cantata Singers in Boston, Harbison has conducted many other ensembles, among them the Los Angeles Philharmonic, the Boston Symphony, and the Handel and Haydn Society. For many years he was principal guest conductor of Emmanuel Music in Boston, leading performances of Bach cantatas, 17th-century motets, and new music. In November he became Acting Artistic Director of Emmanuel Music.

In 1998, Harbison was named winner of the Heinz Award for the Arts and Humanities, a prize established in honor of the late Senator John Heinz by his wife Teresa to recognize five leaders annually for significant and sustained contributions in the Arts and Humanities, the Environment, the Human Condition, Public Policy and Technology, and the Economy and Employment. He is the recipient of numerous other wards, among them the Distinguished Composer award from the American Composer's Orchestra (2002), the Harvard Arts Medal (2000), the American Music Center's Letter of Distinction (2000), the Kennedy Center Friedheim First Prize (for his Piano Concerto), a MacArthur Fellowship (1989), and the Pulitzer Prize (1987). He also holds four honorary doctorates.