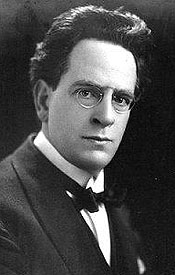 Foulds was largely self-taught as a composer, and belongs to the figures of the english musical renaissance.

A successful composer of light music and theatre scores, his principal creative energies went into more ambitious and exploratory works that were particularly influenced by Indian music. Suffering a setback after the decline in popularity of his World Requiem (1919–1921), he left London for Paris in 1927, and eventually travelled to India in 1935 where, among other things, he collected folk music, composed pieces for traditional Indian instrument ensembles, and worked for a radio station.

Foulds was an adventurous figure of great innate musicality and superb technical skill. Among his best works are Three Mantras for orchestra and wordless chorus (1919–1930), Essays in the Modes for piano (1920–1927), the piano concerto Dynamic Triptych (1927–1929), and his ninth string quartet Quartetto Intimo (1931–1932).