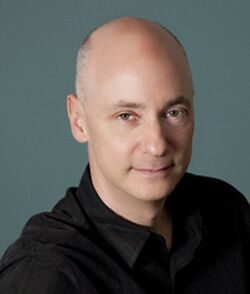 John Fitz Rogers is an American composer and educator.

Composer John Fitz Rogers's music has been performed by ensembles, festivals, and venues such as Carnegie Hall, Bang on a Can Marathon, Pittsburgh New Music Ensemble, and the College Band Directors National Association national conference, as well as by individuals and chamber ensembles. In 2009, Rogers's alto saxophone concerto The Rivers was featured at the World Saxophone Congress in Thailand. Recent premieres include Double Concerto for two pianos and orchestra, and The Passing Sun for orchestra.

Rogers has received many fellowships and awards, including those from ASCAP, the American Composers Forum and the Jerome Foundation, American Music Center, Music at the Anthology and the Mary Flagler Cary Trust, National Flute Association, MacDowell Colony, South Carolina Arts Commission, and the Massachusetts Cultural Council, among others.

Rogers has served on the faculties of Cornell University and the Longy School of Music, as composer-in-residence for the Chamber Music Conference and Composers Forum of the East, Conductor's Institute of South Carolina, and the Southeastern Piano Festival, and as visiting faculty for the Composition Intensive Program at the Yellow Barn Chamber Music Festival. He is currently professor of composition at the University of South Carolina School of Music and visiting faculty at the Vermont College of Fine Arts.