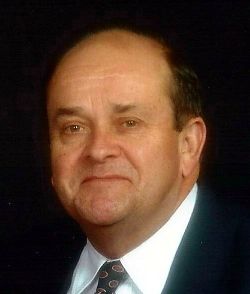 John E. Cheetham (b. 1939 in Taos, New Mexico) is an American composer and educator.

He is a Professor Emeritus of Music Theory and Composition at the University of Missouri-Columbia. During his tenure at Missouri, he composed for virtually all media, and his works were widely performed in the United States and abroad. Over 25 of his compositions have been published, and recordings of his pieces are available on several labels, including Crystal, Concord, Pro-Arte, Summit and NPR Classic. In addition, Dr. Cheetham has been the recipient of numerous commissions, including from the Kentucky Derby Museum, Texas Tech University, the Atlanta Symphony Brass Quintet, the Central Oklahoma Directors Association, the Springfield (MO) Symphony Orchestra, the Summit Brass and others.

Dr. Cheetham is a member of ASCAP and has received ASCAP Special Awards from 1998 through the present. He has also been the recipient of a Centennial Distinguished Alumni Award from the University of New Mexico, and in 1992 won the Abraham Frost Prize in Composition.