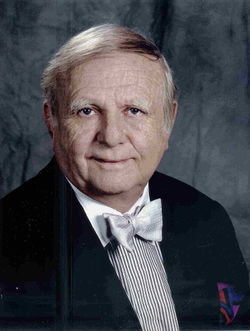 John and his siblings attended local schools; he displayed an early talent for music, forming a local band at age 14. He studied musical composition at Northwestern University.

Cacavas was probably best known for his television scores, notably Kojak, for which he was the chief composer, and for which he composed the second main title theme, used throughout the show's fifth and final season. Cacavas's television credits also include Hawaii Five-O, The Bionic Woman, Mrs. Columbo, and Buck Rogers in the 25th Century. While he has extensive credits in television series and television movies, such as Perfect Murder, Perfect Town, he has comparatively few credits for film scores, most notably two entries in the Airport series: Airport 1975 and Airport '77. He was also responsible for the eerie score for Horror Express, a film starring Christopher Lee and Peter Cushing. Scoring music for the 1981 television movie Hellinger's Law reunited him with Kojak veteran Telly Savalas.

He was also well known for his hundreds of arrangements of works for wind band.

Cacavas published his autobiography, entitled It's More than Do-Re-Mi: My Life in Music, in 2001. He lived in Beverly Hills, California, and London, England.