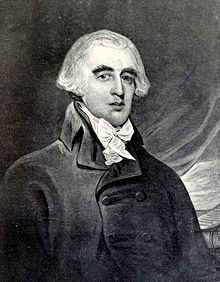 John Bennet (c. 1575 – after 1614) was a composer of the English madrigal school. Little is known for certain of Bennet's life, but his first collection of madrigals was published in 1599.

Bennet was born into a prosperous family and received his first exposure to music as a choirboy. He was educated at John Roysse's Free School in Abingdon (now Abingdon School) and advanced in music, By his early twenties, he produced the Volume of 17: Madrigals for Four Voices. At around that same time, Bennet fashioned four psalm settings and a prayer for the 1599 Barley's psalter. Though Bennet's style showed the influence of Wilbye, Weelkes, and Dowland, his greatest debt was to Thomas Morley.

John Bennet composed chiefly in the English madrigal style. He also composed several religious songs for church choral performances. Bennet did not borrow musical ideas from earlier settings but he was knowledgeable about the latest trends of English madrigal during the time he was alive.

Bennet's madrigals include All Creatures Now as well as Weep, O Mine Eyes. The latter is an homage to John Dowland, using part of Dowland's most famous piece, Flow My Tears, also known in its pavane form as Lachrymae Antiquae.

John Bennet's life is mostly undocumented. Bennet did however leave behind evidence that his impact is great. Bennet dedicated his madrigal volume, These First Fruits of My Simple Skill The Endeavors of a Young Wit to Ralph Assheton in 1599. Assheton held civic office in both Lancashire and Cheshire; he was dedicated as a token for favours received. It seems probable, therefore, that Bennet came from the north-west of England, and was born about 1575–80.