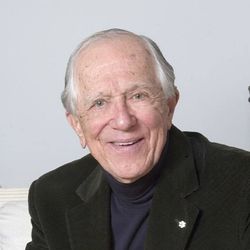 In 1945, after several years of studying piano at the Royal Conservatory of Music (RCM), Beckwith received a Royal Conservatory scholarship, which allowed him to study piano with Alberto Guerrero at the University of Toronto. His other professors included Leo Smith and John Weinzweig, and it was here that he obtained his B.Mus. He also obtained his Mus.M. in 1961 from the University of Toronto, Faculty of Music. In 1950 he was awarded a second scholarship, this time from the Canadian Amateur Hockey Association. This scholarship allowed him to travel to Paris, where he studied composition under Nadia Boulanger.

He has written over 130 compositions covering stage, orchestral, chamber, solo and choral genres. In 1987, he was made a Member of the Order of Canada.