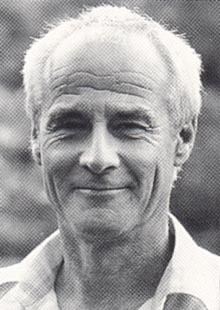 After graduating as a silver medalist at the Guildhall School of Music, Parker played with leading London orchestras and chamber groups as well as being a key part of The Barrow Poets for whom he provided both original instrumental music and music to accompany the performance of a wide range of poetry spoken or sung by the rest of the band.

Parker subsequently concentrated on composing and conducting. He had early success with a series of recordings in which he set the poems of the British Poet Laureate Sir John Betjeman to music; Banana Blush, Late Flowering Love (both 1974), Sir John Betjeman's Britain' (1977) and Varsity Rag (1981). These and subsequent records, including Captain Beaky, with words by Jeremy Lloyd, which topped the charts as both a single and album, led to work in television as well as in London West End theatres, where Parker has had three musicals produced. The most successful of these was Follow the Star.

Film scores include music for numerous feature-length television films and for new prints of the classic silent films Girl Shy, by Harold Lloyd, and The Blot, a 1921 film directed by Lois Weber. He has won the British Academy Award for Best Original Television Music four times, and has written scores for over two hundred programmes.

Concert works have been written for the Nash Ensemble, Philip Jones Brass, The Hilliard Ensemble, The Albion Ensemble, The Wallace Collection and Poems on the Underground. His published compositions include A Londoner in New York for brass, Mississippi Five for wind quintet, The Golden Section for brass quintet, and a clarinet concerto. He is also the recipient of an honorary degree from the Guildhall School of Music and Drama.