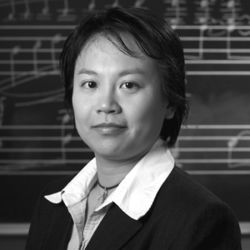 The title translates from the Chinese as "Journeys."

The traditional Chinese holidays are an essential part of harvests or prayer offerings. Many of them have been celebrated for centuries and several myths or legends about different holidays have been widely circulated.

Jie Ching is based on three selected Chinese Festivals - Chinese New Year, Dragon Boat Festival, and Qixi Festival (The night of sevens). Chinese New Year marks the end of winter and start of spring. As the Chinese idiom expresses, "The spring comes round to the earth again and everything looks fresh and gay." During the celebration, people dress in red, gather with family members to have reunion dinner and light firecrackers. Having dragon boat race and eating sticky rice dumplings wrapped in bamboo leaves are two typical events to celebrate Dragon Boat Festival. The festival commemorates the death of the poet minister Qu Yuan (c. 340-278 BC) of the ancient state of Chu during the Warring States period of the Zhou Dynasty. Qixi Festival is a Chinese festival that celebrates the annual meeting of the cowherd and weaver girl in Chinese mythology. According to the legend, the goddess Zhi Nu (the star Vega) fell in love with the farmer boy Niu Lang (the star Altair), but was disapproved by her mother goddess. As punishment, they were separated by the Milky Way and could only meet once a year on this night.

The piece starts with a short introduction that derived from the main motive in the last section, then followed by the section depicting the dangerous waves in the Dragon Boat Festival, and continues with the celestial melodic ideas to depict Zhi Nu an Niu Lang, and finally ends the piece with the celebrative Chinese New Year. As in nature, lives grow and cycle; continuous reproduction generates in an endless succession. (note by the composer)