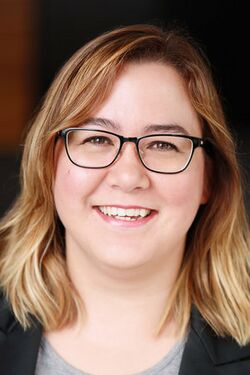 Jessica Wells (b. 1974, Florida) is an active composer, orchestrator, arranger, and copyist.

Most of her pieces are composed for small ensembles or soloists, but she has written several pieces for large bands. She also writes music for carillon, a massive instrument resembling a small clock tower.

Miss Wells has been commissioned by Symphony Australia, ABC TV, and the Victorian Opera for various projects. She has worked as producer with Amy Dickson, Divergence Jazz Orchestra, and Alicia Crossley, as well as for the scores of the films Paper Planes and Ali's Wedding.

Currently, she runs Jigsaw Music, an Australian based commissioning company. She is also vice president of the Music Arrangers' Guild of Australia.