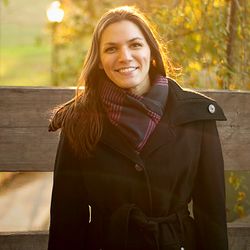 Jessica DiMari (b. 15 January 1993, Brooklyn, N.Y.) is an American composer for film, television and video games.

Jessica earned her MFA in film scoring from the Feirstein Graduate School of Cinema, (Steiner Studios), where she studied film scoring and music production with Eric Hachikian. She earned her B. Mus. in music composition and theory at The Conservatory of Music at Brooklyn College, where she received the Morton Feldman Award for excellence in composition. She attended the ASCAP/ Columbia University Film Scoring Workshop, the Society of Composers and Lyricists Mentorship Program, and was a finalist in the ‘2020 BMI Composing For The Screen’ Workshop.

Ms. DiMari's concert music has been commissioned and performed by numerous ensembles including The Ethel String Quartet, The Goodbye Saturn Quartet, Vent Noveau (in partnership with Listening To Ladies), the Eco-Music Big Band (New York Times Critic’s Pick), The Queer Urban Orchestra and Sing For Hope. Her music has premiered at OPERA America – The National Opera Center and Tribeca Performing Arts Center Theater.

In addition to being a composer, Jessica is also a pianist, violinist and songwriter. She engineered, performed, and executive produced one EP of her pop and folk songs, and is a recipient of the Writer Foundation Grant, sponsored by the Nashville Songwriters Association, and SONY/ATV. When not composing or engineering, she is a copyist, providing musical preparation services and arrangement for various feature films, TV episodes and recording sessions.