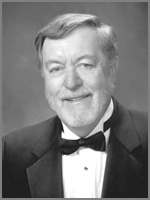 A 1958 graduate of Trenton (New Jersey) Central High School, he studied at Trenton State College, earning bachelor’s and master’s degrees. He studied composition and orchestration with Lucien Cailliet, clarinet with Charles Russo, and voice and choral conducting with Herbert Pate and Finley Williamson.

In 1969, Nowak joined the faculty of Bucks County Community College in Newton, Pennsylvania, where he served as professor of music until his retirement in 2005. He appeared as a guest conductor, clinician, and adjudicator and lectured at numerous colleges in the United States, Canada, and Australia. He also conducted recording sessions in New York City, Philadelphia, Washington, D.C., and London.

Since 1971, Nowak had over 900 compositions and arrangements published for instrumental and vocal ensembles. He has received six consecutive annual ASCAP awards (1988-1993). He was a member of the Philadelphia Saxophone Quartet and worked as a woodwind doubler in the Philadelphia and New York areas before retiring from active performing in 1985.