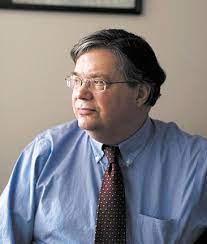 Jeffrey Wood began piano lessons at the age of seven. He studied at the Oberlin Conservatory of Music, and pursued his graduate studies at the State University of New York at Stony Brook, New York, where he studied piano under Gilbert Kalish and composition under David Lewin, earning master’s degrees in both piano performance and composition and a Ph.D. in composition.

Dr. Wood’s compositions have been performed throughout the country and have received numerous awards including Broadcast Music, Inc., Awards in 1975, 1978 and 1979, American Society of Composers, Authors and Publishers (ASCAP) Award in 1981, and the 1982 David S. Bates Memorial Prize. He was the highest prizewinner in the 1984 Stroud Festival International Composition Competition in Great Britain, the only American so cited, for his brass quintet In Memoriam Magistri. For his Sonata for Violoncello and Piano, commissioned by the Music Teacher’s National Association, Wood was named Distinguished Composer of the Year in 1985.

Wood has written a substantial amount of vocal music, including five song cycles. A chamber opera entitled Diaries: a Parable for Voices, based on the testimonies of women who served as nurses during World War I and poetry of E. E. Cummings, David Jones, Archibald MacLeish, Israel Zangwill, Marianne Moore and Carl Sandburg was given a fully staged première in 1996. Other works include an oratorio for chorus, vocal soloists and string orchestra Lamentationes Ieremiæ Prophetæ (Lamentations of the Prophet Jeremiah), was subsequently nominated for the Pulitzer Prize.

During 1987-1988 Wood held the Individual Artist Fellowship in Composition from the Tennessee Arts Commission. Recent grants have included three research fellowships from the Tower Foundation of APSU. Twice nominated for the Distinguished Professor Award, Wood was awarded the Richard M. Hawkins Award for scholarship and creativity in 1988.

Wood studied piano under Emilio del Rosario, Fernando Laires, Aube Tzerko, Edith Oppens and Gilbert Kalish, and has appeared in solo and chamber music recitals throughout the United States. In 1983 he was one of fourteen finalists chosen to compete in the United States Information Agency’s Artistic Ambassador Program at the Library of Congress in Washington, D.C. Wood is deeply committed to the performance of contemporary music, and has been involved in the world premières of Alan Hovhaness’ Concerto No. 10 for Piano, String Quartet and Trumpet, op. 413 (1988) and Elizabeth Vercoe’s A Dangerous Man (1992), a monodrama based on the life of John Brown for baritone and piano, and Frederic Goossen’s Reliquary (1996) for voice and piano.

He is presently [2022] professor of music at Austin Peay State University in Clarksville, Tennessee, where he has taught since 1984.