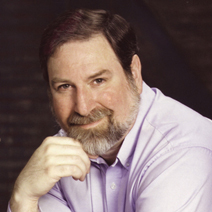 Jeffrey Hass (born 1953, New York) is currently Professor of Composition at Indiana University, Bloomington, where he serves as the Director of the Center for Electronic and Computer Music (CECM), having previously taught music theory and composition on the faculties of Rutgers University and the Interlochen Center for the Arts. His compositions have been premiered by the Louisville Orchestra, Memphis Symphony and the Concordia Chamber Orchestra, and have had performances at Lincoln Center, and at national conferences of the Society of Composers, International Computer Music Conference, International Double Reed Society, SEAMUS and the College Music Society. His band and orchestral works have won several national competitions and are published by MMB Music Publishers, St. Louis and Ludwig Music Publishers, Cleveland.

Hass studied piano and theory at the Stecher and Horowitz School of Music from the age of four. Attending Vassar College, he studied composition with Richard Wilson and then pursued a Masters degree at Rutgers University, working with Robert Moevs. Continuing studies with Frederick Fox, Donald Erb and Bernhard Heiden, he received a doctorate from Indiana University in 1989. Hass won the 1994 National Band Association competition, as well as the 1995 Walter Beeler Memorial Award with Lost in the Funhouse, a work for symphonic band and electronic tape and the 1996 Lee Ettelson Composer’s award for Keyed Up, a work for two pianos and tape. In 1997, All the Bells and Whistles placed first in the United States Army Band’s 75th Anniversary Composition Competition. Most recently, his Symphony for Orchestra with Electronics was selected as winner of the 2006 ASCAP/Rudolph Nissim award and the 2007 Heckscher Award for his chamber orchestra work City Life. He was also named as one of the first four Fellows of the new Indiana University Institute for Digital Arts and Humanities to work on new interfaces for interactions between dance and music. Recordings of his works have been released by the Indiana University Press, the Society for Electroacoustic Music in the US (SEAMUS), Arizona University Recordings, Albany Records and RIAX Records.