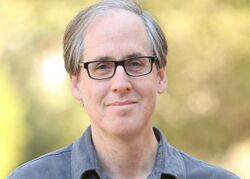 Beal began trumpet studies in the third grade after attending a school music assembly at Castro Valley's Marshall Elementary School with his father. Beal wrote his first long-form composition for the Oakland Youth Symphony Orchestra while a student at Castro Valley High School. OYSO conductor Kent Nagano had Jeff combine his love of jazz improvisation with an orchestral accompaniment. This merging of improvisation with classical composition has remained a hallmark of Beal's music. Beal went on to study composition and trumpet at the Eastman School of Music in Rochester, New York, and graduated in 1985 with a Bachelor of Music degree.

After graduating from Eastman, Beal moved from Rochester to New York City. It was there where Beal composed and recorded his debut album, Liberation, for Island Records. Beal's jazz band went on to perform at The Blue Note and the Montreux Jazz Festival. At the request of Chick Corea, Beal composed and recorded a concerto for the virtuosic jazz bassist John Patitucci for Corea's Stretch Records label. Beal's signature work, Alternate Route, was composed for improvised trumpet and orchestra. Written fifteen years after his first long form composition, this piece was again premiered by Kent Nagano and the Berkeley Symphony Orchestra, with Beal as trumpet soloist. He has also composed improvisatory concerti for Dave Samuels, Larry Coombs, and Turtle Island String Quartet.

In the mid-1990s, Beal relocated to Los Angeles. His first critical notice came in 2001, for his score to Ed Harris's directorial debut, Pollock. He has since been nominated for nineteen primetime Emmy Awards, and has won five.

Beal has a catalogue of 35 concert works including many commissioned orchestral, choral and dance compositions. He has conducted his own music with a variety of orchestras, including the Boston Symphony Orchestra in the recording of the score to Boston, a feature-length documentary on the history of the Boston Marathon, the National Symphony Orchestra in House of Cards in Concert at the Kennedy Center, and the Los Angeles Chamber Orchestra performing Beal's new score for Buster Keaton's The General.