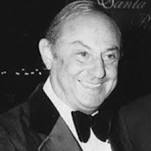 Laid back and relaxing, this wonderful rendition of Java Jive is approachable by small ensembles or those with incomplete instrumentation. Five flexible parts, which can be assigned by the conductor to any instrument grouping, will ensure harmonic and melodic balance.

Java Jive is a song written by Ben Oakland and Milton Drake in 1940 and most famously recorded by The Ink Spots. The lyrics speak of the singer's love of coffee. The lyrics also reflect the slang of the day, including a reference to "Mr. Moto", a Japanese film spy. The Ink Spots' 1941 recording of the song reached #17 on the U.S. Pop charts and is considered by many to be the definitive version.

The song has been extensively recorded over the years, with notable performances by Guy Lombardo and The King Sisters.