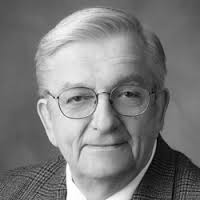 Jared Tozier Spears (b. 15 August 1936, Chicago, Ill.) is a composer, educator and percussionist.

Spears is Professor of Music Emeritus at Arkansas State University in Jonesboro, Arkansas. He was born in Chicago, Illinois, and received the B.S.E. degree in Music Education from Northern Illinois University; the B.M. and M.M. in Percussion and Composition from the Cosmopolitan School of Music; and the D.M. in Composition from Northwestern University. Some of his past teachers include: Blyth Own, Alan Stout, and Anthony Donato.

Spears has taught theory, history, composition, percussion and band on all educational levels, from elementary school through college. Since his retirement from ASU in May of 1999 (after 32 years of teaching), he has maintained a heavy schedule of composing and conducting.

The most outstanding of his awards have been the Faricy Award for Creative Music from Northwestern University School of Music, Award of Merit from the Arkansas Chapter of the National Federation of Music Clubs, Outstanding Educators of America, International Who's Who in Music and Who's Who in the World of Percussion-U.S.A., Citations of Excellence from the National Band Association, Sigma Alpha Iota National Arts Associate, and several ASCAP awards. During his tenure at Arkansas Sate University, Spears received the University President's Award for the outstanding faculty member, as well as an appointment as a President's Fellow.

To date he has produced over 250 original works for band, choir, orchestra, and chamber ensembles-a majority of which are published by American and European companies. His music has been performed and recorded worldwide, and he has conducted band festivals, camps, and clinics in Canada, Europe, throughout the United States, and has appeared at several universities as a guest lecturer.