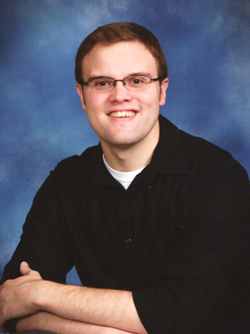 Jared Barnes (b. 1985) began composing and arranging music at an early age, writing works in a wide range of styles for instrumental and vocal ensembles, as well as for solo piano. His works have been performed in recital and concert settings by musicians of all skill levels and ages.

Mr. Barnes' bands have regularly received Division I ratings at state contests. The Newman High School Concert Band was selected to perform at the Iowa Bandmasters Convention as the Class 1A Honor Band under his direction.

In addition to composing, Mr. Barnes remains active as an educator and performer in north central Iowa.