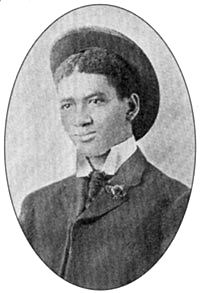 James Sylvester Scott (12 February 1885, Neosho, Mo. – 30 August 1938, Kansas City, Kan.) was an American ragtime composer and pianist, regarded as one of the three most important composers of classic ragtime, along with Scott Joplin and Joseph Lamb.

James Scott was the son of former slaves. After taking music lessons as a boy, he was given his first piano at the age of 16. Scott spent the next several years playing in bands and saloons and working as a song-plugger for the Dumars Music Company in Carthage, Missouri. This relationship led to Dumars' publication of the quiet young man's first two rags, A Summer Breeze and The Fascinator, in 1903.

At some point, Scott traveled to St. Louis, where he met Scott Joplin. Joplin introduced his own publisher, John Stark, who then took on the promotion of Scott's works as well. Scott's last work, Broadway Rag, was published in 1922.

In the early 1920s, Scott moved to Kansas City, where he became a music teacher. He also enjoyed a brief career as a silent film accompanist. With the advent of the "talkies," however, Scott was forced to search for other employment in the active music scene in Kansas City. For a time, for instance, he worked as an accompanist for dances. He died there in August 1938.

Scott, Joplin, and Joseph Lamb form the acknowledged triumvirate of ragtime greats. In many ways, Scott's pieces were more virtuosic than those of his two colleagues'--except for some of Lamb's "heavy" rags.