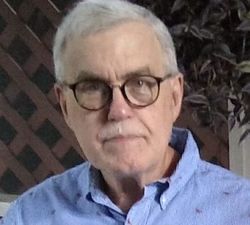 James S. Sclater (b. 24 October 1943, Mobile, Ala.) is an American composer, music educator, conductor and clarinetist.

As a composer, Sclater has composed over 100 works, including 26 commissioned works. His music has been performed throughout the United States, as well as in Europe and Russia. He is a member of ASCAP and has received yearly ASCAP awards for serious music since 1991. Other awards include the Mississippi College Distinguished Arts & Sciences Faculty Lectureship, 1989 and 2002; Humanities Professor of the Year, 1998; Alpha Chi Distinguished Professor Award, 1997; NATAS Emmy Nomination (Southeastern Region) for musical score for Mississippi ETV production The Mad Potter of Biloxi: George E. Ohr, 1994; Five Mississippi Institute of Arts and Letters Awards; Mississippi Music Teachers Assn. Composer of the Year, 2006, 2002, 1994, 1984, 1976; Bicentennial Celebration, Piano Sonata performed at the Kennedy Center, 1976. His chamber opera The Christmas Gift is a top performer of the Children's Musical Theater in Cherepovets, in the Russian Oblast Vologda. He won the Ostwald Prize in 1974 for Visions, and has received several awards from the American Society of Composers, Authors and Publishers (ASCAP). In 2012 he was inducted into the Mississippi Musicians Hall of Fame.