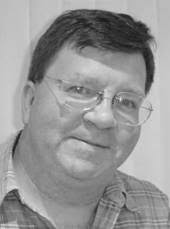 James Rae (b. 28 August 1957, Tyneside, Britain) is a British composer, performer and teacher.

Rae studied clarinet, bass clarinet, piano and composition at the Guildhall School of Music and Drama from 1975-79. His professors were Yona Ettlinger, Stephen Trier, Meriel Jefferson and Patric Standford respectively. Since leaving the Guildhall, he has pursued a highly successful and varied career. His work falls into three areas, performing, writing and teaching.

James Rae has worked in many West End and Royal National Theatre productions including Sir Peter Hall’s award winning Oresteia with music by Sir Harrison Birtwistle and has also received many freelance engagements with some of the country’s leading orchestras and ensembles.

He is the leader of the Phoenix Saxophone Quartet who over the years have given many recitals and BBC broadcasts.

As a composer, James Rae is one of Europe’s most published writers of educational wind music with over 250 publications to his credit. His music includes instrumental study books, sonatas, tutors, baroque, classical and jazz transcriptions plus many volumes of duets, many of which are to be found on all the major wind examination syllabuses worldwide. He has also written four musicals for schools with Mike Cornick.

One of his larger commissions was a major work for concert band called The Turn of a Wheel which premiered in November 1999. It was written for the North Tyneside Concert Band of which he was a founder member as a boy. A more recent commission in 2012, for the same band was his overture Moving On which was performed in the presence of H.R.H. Princess Anne at the opening of the restored Tynemouth Station.

James Rae has worked extensively as a syllabus consultant and composer for both the Associated Board and Trinity College London. He has been highly involved with the development of the woodwind sight-reading requirements for both exam boards. As a teacher, James Rae has held many posts in both the state and independent sector. He currently works at King’s College School Wimbledon, where he directs the wind orchestra and concert band, and Shrewsbury House School in Surbiton, where he coaches three large bands and a chamber group.

He has adjudicated at many music festivals and competitions throughout the country and has tutored and conducted on numerous courses. He has presented many masterclasses and workshops in music centres in the UK and around the world.