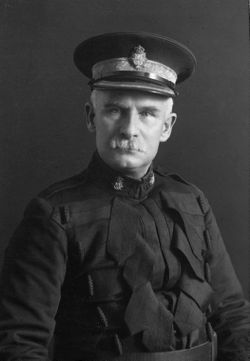 Ord Hume attached himself to the permanent staff of the 3rd Battalion, Royal Scots, at Dalkeith in 1876 at age 13. Fascinated by the band, he asked the band's director, Alexander Miller, if he could learn to play a musical instrument. Starting with a rotary-action flugelhorn, the young Ord Hume began his secret project of learning to play every instrument available to him. Rising at dawn, he practiced before breakfast, before school, and after school, eventually gaining expertise on every instrument in the band hall through trial and error and remarkable perseverance.

He enlisted in the band of the Royal Scots Grays in 1880 at 16 as a solo cornet player. During his ten years with the band, he established a reputation as an excellent musician and composer of band music. Yet, realizing that wider opportunities existed in the brass band movement, he left military service in 1890 to become a professional conductor, composer, and adjudicator. By the early 1900s, his name was well known in band circles. His music had been published in band journals throughout Britain, he conducted all types of bands, and he had judged band contests as far away as Australia and New Zealand.In 1913 he was appointed Military Band Editor of Boosey and Co., and he later wrote a book on brass bands, as well as numerous articles for various periodicals and a series of instrumental tutors.

Ord Hume is remembered for his fine musicianship, his many compositions for band and orchestra, and his fine and unrestrained wit. Many of his marches are actually pastiches of two or three popular tunes of the day, the titles of which were taken from the first tune appearing in them.