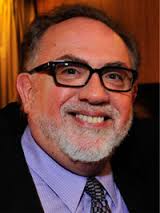 Mr. Oliverio studied composition at the Cleveland Institute of Music. He later moved to Atlanta, Georgia, where he was the composer-in-residence at the Georgia Institute of Technology. His music for the film Time and Dreams was included in Atlanta's successful bid to host the 1996 Summer Olympics. His piece The Explorer (later retitled To Boldly Go...) was commissioned and premiered as the opening for that summer's four-year Cultural Olympiad. During the 1990s, Oliverio was described as "Atlanta's hottest composer".

A lifelong friend of the timpanist brothers Paul and Mark Yancich, Oliverio has composed a number of works for the performers, including his first and second timpani concertos and the 2011 double timpani concerto Dynasty.

James Oliverio is particularly versatile as a composer and producer of musical technology, the Director and Professor of Digital Arts and Sciences at the Digital Worlds Institute of the University of Florida. He is executive producer for “Icons of Innovation,” an interactive performing arts project incorporating dance, music and digital projection design, webcast live from the New World School of the Arts in Miami to participating audiences across the Americas.