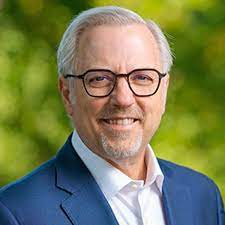 From 2003 to 2007, Lentini served as the founding dean of the School of Art, Media, and Music at The College of New Jersey. Previously, Lentini held the position of professor of composition at Wayne State University from 1988 to 2003, where he also served as acting chair and associate chair of the Department of Music. In 2007, Lentini accepted the appointment of Dean of the School of Creative Arts at Miami University in Oxford, Ohio, overseeing the Departments of Music, Art, Theatre, and Architecture/Interior Design, in addition to the Performing Arts Series and the University Museum. He is recognized as an arts advocate and fundraiser through his efforts to promote the importance of the arts in education.

In 2013, Lentini received a Career Achievement Award in the Field of Music from Wayne State University. In May, 2013, he was named as the Senior Vice President for Academic Affairs and Provost at Oakland University in Rochester, Mich. In 2020, he was named as president of Molloy College.

Dr. Lentini's music has been performed by solo artists such as guitarist William Kanengiser and by international ensembles including the Krakow Philharmonic (Poland) and the Bohuslav Martinů Orchestra (Czech Republic). In addition to many commissions, his honors include first prize in the 2004 Choral Composition Contest at Bluffton University for his composition Peace I Leave With You, the 2002 Andrés Segovia International Composition Prize for his solo guitar piece Westward Voyage, the Atwater-Kent Composition Award (first Prize), the McHugh Composition Prize, a grant from "Meet the Composer," and several awards from ASCAP. He has been a visiting artist at the American Academy in Rome, and his work has been featured in new music festivals throughout Europe and the United States.