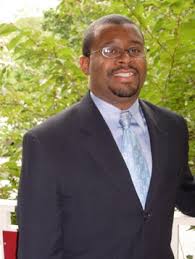 As a child, Lee had a passing interest in music; but, having been raised in the Seventh-Day Adventist Church, he was regularly exposed to it. His faith provided an early window into his creativity, so Biblical teachings -- especially from the books of Daniel and Revelations -- are an important inspiration for his music. At the age of 12, Lee began taking piano lessons, which awakened an interest and talent that would become the driving force in his life. At 16, he started composing while at the Andrews Academy (at Andrews University, Berrien Springs, Michigan), where he twice won talent shows playing his own piano compositions. This was followed by several other young composer awards. After graduating from the Academy, Lee continued his piano studies at Andrews University, and then transferred to the University of Michigan. Dr. Lee is a son of the Great Lakes state, having received an undergraduate degree in piano performance, and both his masters and doctorate degrees in composition all from the University of Michigan.

After completing his undergraduate and advanced studies, Lee took up the post of associate professor of composition and theory at Morgan State University (Baltimore, Maryland).

James Lee III composes in every medium, ranging from orchestral and band works, to chamber ensemble, sacred choral and vocal pieces, and works for solo piano. His compositions have been premiered by some of the country’s leading symphony orchestras, including those in Philadelphia, Memphis, and Indianapolis. Highlights include the premiere of Lee’s Beyond Rivers of Vision with the National Symphony Orchestra, and A Different Soldier’s Tale with the Detroit Symphony Orchestra. The Baltimore Symphony Orchestra commissioned and premiered Chuphshah! Harriet’s Drive to Canaan, which is based on the life of Harriet Tubman. Most recently, the Ritz Chamber Players premiered Night Visions of Kippur at the University of Washington in Seattle.

Lee is the winner of the Wladimir and Rhoda Lakond Award from the American Academy of Arts and Letters. The Sphinx Commissioning Consortium selected Lee for its third annual commission during the 2011–12 season.