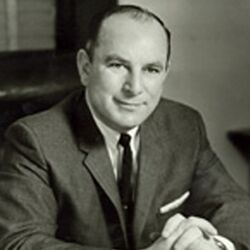 Hanley attended Champion College and the Chicago Musical College. He served with the United States Army 82nd Division in World War I, and during his military service he wrote an army musical show called Toot Sweet.

On his discharge Hanley became a vaudeville accompanist. He went on to write songs for film and theater including many Broadway productions. He worked with numerous artists, most notably B.G. DeSylva, Edward Madden, Eddie Dowling, Percy Wenrich, Theodore Morse and Ballard MacDonald.

Hanley is best remembered for the hit songs (Back Home Again in) Indiana (1917), Second Hand Rose (1921) and Zing! Went the Strings of My Heart (1934). For the latter song, Hanley contributed both music and lyrics but for most of his songs he wrote the music alone. Hanley was inducted into the Songwriters Hall of Fame in 1970.