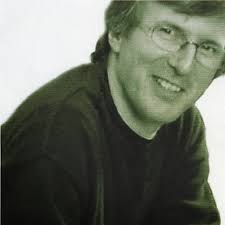 James Ensor’s Harmonium draws inspiration from the Belgian painter James Sydney Edouard, Baron Ensor. Ensor, a lifelong native of Ostend, Belgium was an important influence in both the Impressionist and Surrealist movements in art. Arguably, his most famous work is The Entry of Christ into Brussels (1888) – a massive work which adorned his studio.

Ensor was also something of an amateur musician whose “instrument of choice” was the harmonium. There is a famous photograph of Ensor, sitting at his harmonium in front of The Entry of Christ into Brussels, which fills the wall. The arrangement in the photograph gives the impression that Ensor is accompanying the processional. As a citizen of Ostend, Ensor was involved in its philanthropic endeavors, creating in 1898 the “Bal du Rat Mort” (Dead Rat Ball), a masked and costume ball held at the Casino Kursaal in Ostend as part of carnival season prior to Lent.

The notion of masks plays an underlying role in James Ensor’s Harmonium in several ways. There are the literary connections to Ensor himself – not only via the “Bal du Mort,” but in his paintings wherein carnival-esque masks play a central theme. Ugoletti creates musical parallels within the composition itself through the use of polytonal harmonies separated by a tritone, such as C major and F# major – commonly referred to as the “Petrushka Chord.” In Stravinsky’s ballet Petrushka, three puppets are brought to life during the Shrovetide Fair in a tale of love, jealousy, and demise. The inherent duality of the Petrushka Chord reflects the dual nature of Petrushka himself, both puppet and human being.

The concerto itself is cast in a single movement, divided into three large sections and a coda-like recapitulation of the first section. The first section itself is divided into several recurring sections, delineated by meter changes. The second large section gives the impression of a relaxed polytonal Romanze, contrasted by the third large section, which has a “cool-jazz” affect. Like a mask, fixed in its expression, James Ensor’s Harmonium uses ostinatos and repeated motives – fixed ideas – to create the rhythmic intricacy, melodic drive, and harmonic movement of his concerto for E-flat, B-flat and bass clarinet.