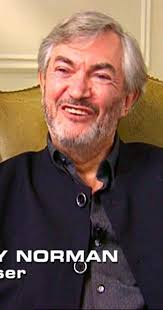 Monty Norman was born in London in 1928. Norman is famous for writing the music to the first James Bond movie Dr. No, and has been credited with writing the James Bond Theme, the signature theme of the James Bond franchise. Norman has received royalties since 1962 the theme, but it was arranged by John Barry after the producers were dissatisfied with Norman’s arrangement. Barry claimed that he actually did write the theme; nevertheless, Norman won two libel actions against publishers for claiming that Barry was the composer.

Four of the most popular numbers are included in this suite arranged by the famous wind band composer Frank Erickson. They include James Bond Theme, (Norman) Live and Let Die (by Paul McCartney) For Your Eyes Only (by Michael Leeson and Bill Conti) and Goldfinger (music by John Barry.)