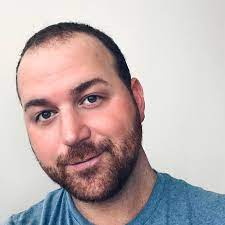 Dr. Narverud began his musical training by playing French horn in the fifth grade band at Wanamaker Elementary. He continued to play horn in high school, where he was also involved in choral ensembles, variety shows, and musical productions. He began playing piano by ear in his high school music room. Dr. Narverud holds an undergraduate degree in Voice performance from Emporia State University and received the Master of Music and Doctor of Musical Arts degrees in conducting from the Conservatory of Music and Dance at the University of Missouri-Kansas City.

Narverud’s first compositions were written on piano, transcribed for the university wind ensemble, and were conducted by Narverud in performance. In 2009 he wrote his first choral piece, Harvest, for the Madrigal Singers. This experience led Narverud to create the Tallgrass Chamber Choir.

From 2012 to 2016, Dr. Narverud served as the founding music director for Allegro con Spirito Tenor-Bass ensemble, Allegro Brillante mixed ensemble, and was also the Composer-in-Residence with the Allegro Choirs of Kansas City. During this time he also taught choir at Lawrence Free State High School before serving as the interim director of choral activities at Emporia State University in 2015. After completing his doctorate, Narverud sang with the Manhattan Chorale in New York City and served on faculty at Molloy College where he taught music history, orchestration, and conducting.

Narverud’s original music is often programmatic and rooted in lyrics with nature and seasonal themes.

He became a full-time composer in 2019 and resides on a farm in Maple Hill, Kansas. Narverud is a member of the American Society of Composers, Authors, and Publishers and the American Choral Directors Association.