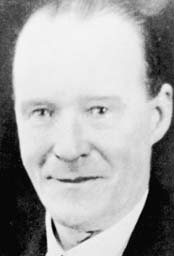 Judge was born in Worcestshire, England on 3 December 1872. Judge's parents were Irish, from County Mayo. He was originally a fishmonger, and took to the stage after winning a talent contest.

Judge had recorded The Place Where I Was Born in 1915, when he was aged 42 and already a big star. Written before the outbreak of war, this is one of his few serious songs, and is a sensitive comment about the working man's compassion for others during hard times. In the same year he recorded Paddy Maloney's Aeroplane and Michael O'Leary, V.C., both about Irishmen helping the war effort. As well as songs for the stage, he wrote a number of football songs in support of his beloved West Bromwich Albion F.C. He continued recording through the 1920s.

A bronze statue of Judge now adorns Lord Pendry Square in Stalybridge. The recently opened public library in his home town of Oldbury bears his name.