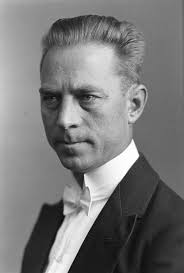 Widner was the son of a waltz master. He became a drummer in 1905 at Västmanland's regiment under Otto Trobäck, despite the fact that his father wanted him to follow in his footsteps and become a blacksmith. However, his father, who was an amateur musician and led a utility band, had interested him in music. Widner's main instrument was the trumpet, and he became a music volunteer in 1907, a music corporal in 1909, a music distinction corporal in 1911 and a music sergeant in 1915.

Widner studied at the Conservatory of Music in Stockholm 1909 and graduated as a military music director in 1915.. He was music director at Norrbotten's regiment 1905-1916, Hälsinge regiment 1916-1932, the Navy's music corps in Stockholm 1932-1947 and leader of Par Bricole's choir 1933-1964. He was elected to the Royal Academy of Music in 1971 (no. 752) and was a knight of the Royal. Vasaorden. He has been awarded Pro Musica Militare, RSAO's Medal of Merit (now the Swedish Orchestra Association ) and many more awards.