Island of Light, The 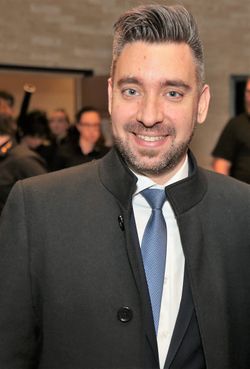 The symphonic poem The Island of the Light illustrates legends and places of the island of Minorca. In Cova d'en Xoroi the listener can hear the legend of a Moor nicknamed Xoroi, who, after a pirate attack, was left behind without being able to embark and remained hidden for a long time in secret without anybody knowing. Each night Xoroi stole what he needed to survive and during the day he stayed hiding in the cave. On the clouds. the composer lets go, showing us his vision of the island from the sky, a movement that is full of strong emotional content. The work finishes with The Giants.

Commissioned by Banda de Musica de Ferreries Menorca on the occasion of his 150 anniversary [sic].