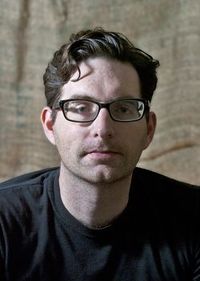 Isaac Schankler (they) (b. 1979) is a composer, accordionist, and electronic musician living in Los Angeles.

As a composer for video games, Schankler has written music for critically acclaimed and award-winning independent games, including Ladykiller in a Bind, Analogue: A Hate Story, Hate Plus, Redshirt, and Depression Quest.

As a writer and researcher, Schankler has written numerous articles for NewMusicBox, the multimedia publication of New Music USA, and in 2013 was a winner of the ASCAP Deems Taylor Award for excellence in music journalism. Their writing has also appeared in the International Journal of Arts and Technology, Computer Music Journal, and the proceedings of various international conferences.

Schankler is currently [2021] assistant professor of music at Cal Poly Pomona, where they teach composition, music technology, and music theory.